Social entrepreneur Gavin Armstrong is the founder of Lucky Iron Fish, a social business and B-Corp aiming to combat iron deficiency. Nearly 3.5 billion people around the world suffer from iron deficiency or anemia, resulting in constant fatigue, dizziness, and difficulty concentrating at school or at work. The Iron Lucky Fish is a piece of iron cast in the shape of a fish. When boiled with food or broth, it releases enough iron to provide up to 90% of the daily necessary intake.

Turning this simple idea into reality was no easy task. Gavin started the B-Corp in Cambodia while simultaneously pursuing a PhD. He went for years without a salary. He made mistake after mistake and things didn’t work out as planned. Yet Gavin kept tinkering and iterating.

The Lucky Iron Fish is a global phenomena now. Gavin was recently named in the Forbes 30 Under 30 List for social entrepreneurship.

Many people in the developed world also suffer from iron deficiency. You can buy a Lucky Iron Fish ($25) for yourself and the company will give one to a person in need. The Lucky Iron Fish is a great holiday gift for friends and family. 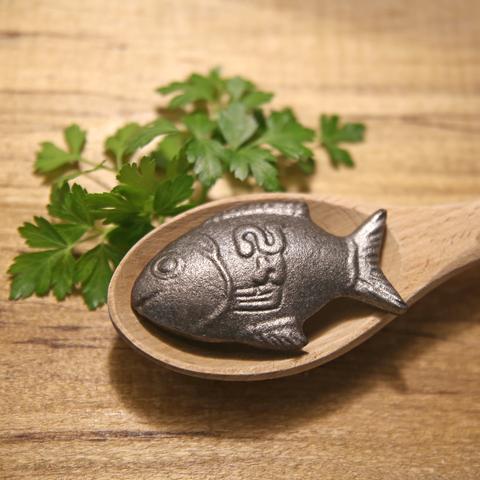 Start With Why: How Great Leaders Inspire Everyone to Take Action by Simon Sinek

Creating a World Without Poverty: Social Business and the Future of Capitalism by Muhammad Yunus