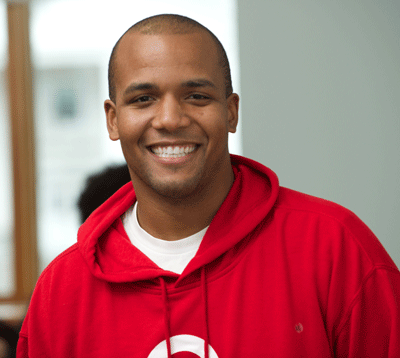 Social entrepreneur Marquis Taylor started Coaching for Change by racking up $15,000 in credit card debt. He believed in his mission that much.

Marquis Taylor grew up in a rough, gang-riddled neighborhood in South Central Los Angeles. For him, basketball was the only thing that mattered. Using his talent and dogged work ethic, Marquis got a scholarship to play NCAA basketball.

After college and a number of years in the real estate industry, Marquis took a giant leap of faith forward. He left it all to start Coaching for Change to help vulnerable students become college and career ready. Coaching for Change organizes business training, mentorship, and academic support through the one thing that he loves: basketball. The organization works with low-income, disengaged high school students who are on the verge of dropping out.

Marquis Taylor is an Echoing Green Fellow and CNN Hero.