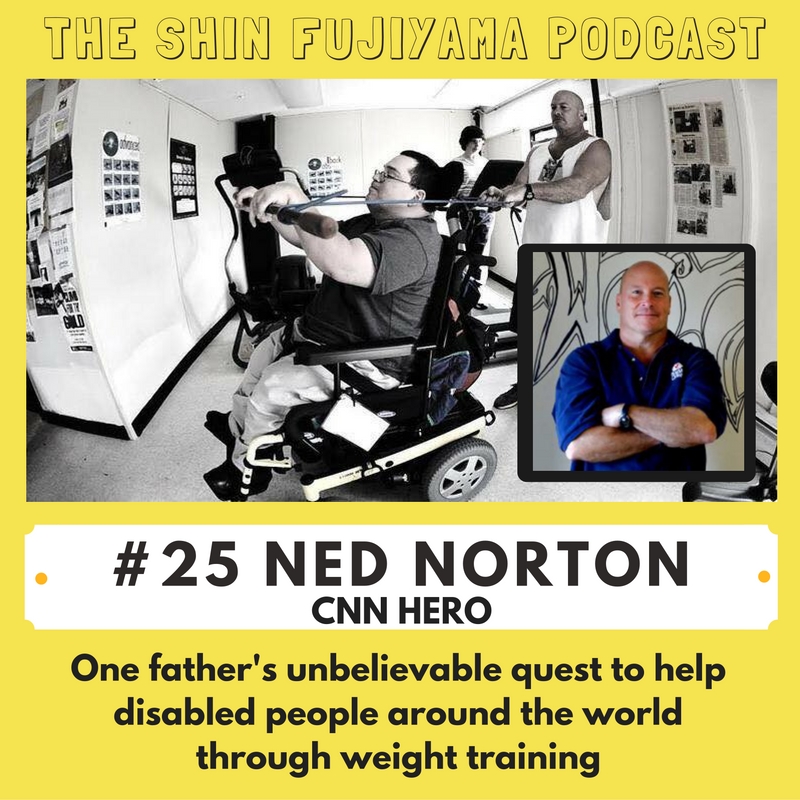 Ned Norton could deadlift 660 pounds. But that’s one of his smaller accomplishments in life.

Ned is a social entrepreneur and a Top 10 CNN Hero from Albany, New York. He is the founder of Warriors on Wheels. In this episode he tells his story all the way from growing up as a scrawny kid (like me) and how that motivated him to become a competitive athlete and power lifter. He became a fitness trainer and trained several Olympic athletes, helping them win gold medals.

But even that wasn’t enough for Ned Norton. He needed a greater challenge. Through a series of random events, he began to train a friend who had been paralyzed from an accident. Soon, many people in wheelchairs and with physical disabilities like spinal cord injuries, cerebral palsy, and traumatic brain injuries began to seek his help.

So in 1988, Ned started the nonprofit organization, Warriors on Wheels, opening a gym at his home town specialized for individuals with disabilities. At one point, he trained five members at his gym to bench press 300+ pounds.

Through his newest initiative, The Hercules Project, Ned ships free fitness and rehab equipment to individuals with disabilities in more than ten countries, including Mali, Darfur, Guatemala, and Somalia.

Ned has a saying at his gym: every person who comes in our front door will become their own success story.