ONE MAN’S RESPONSE TO J.K. ROWLING’S TWEET: “ORPHANAGES CAUSE IRREPARABLE DAMAGE, EVEN THOSE THAT ARE WELL RUN.” –with Dr. Richard Mckenzie 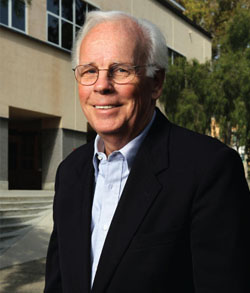 There are many ways to help orphans and children who have no home to go to, and there is a heated debate to figure out what programs are best or in some cases harmful.

Traditionally, orphanages helped these children. As the years have gone by, foster care, family reunification services, and adoption have become the dominant options. Today, some people are skeptical or even against the idea of orphanages, believing that it’s an outdated and sometimes harmful way of helping these children. Recently, J.K. Rowling, the author of the Harry Potter series, tweeted a series of criticisms against orphanages and young people who volunteer in such institutions. In one tweet, she says, “Orphanages cause irreparable damage, even those that are well run.”

Dr. Richard Mckenzie is a professor emeritus of economics and management in the Merage School of Business at the University of California, Irvine. He has taken on a life-long mission to support and advocate for high quality orphanages in the US. As a child, Richard grew up in the Barium Springs Children’s Home in North Carolina. He has conducted research studies and surveys of orphanage alumni, collecting data on their life outcomes.

He is the author of a number of books, including: The Home: A Memoir of Growing Up in an Orphanage, Miracle Mountain: A Hidden Sanctuary for Children, Horses, and Birds Off a Road Less Traveled, Home Away From Home: The Forgotten History of Orphanages and Rethinking Orphanages for the 21st Century.

In today’s episode, Dr. Mckenzie defends the role of orphanages in today’s day and age. You can get a quick understanding of both sides of the argument by reading some of these articles: