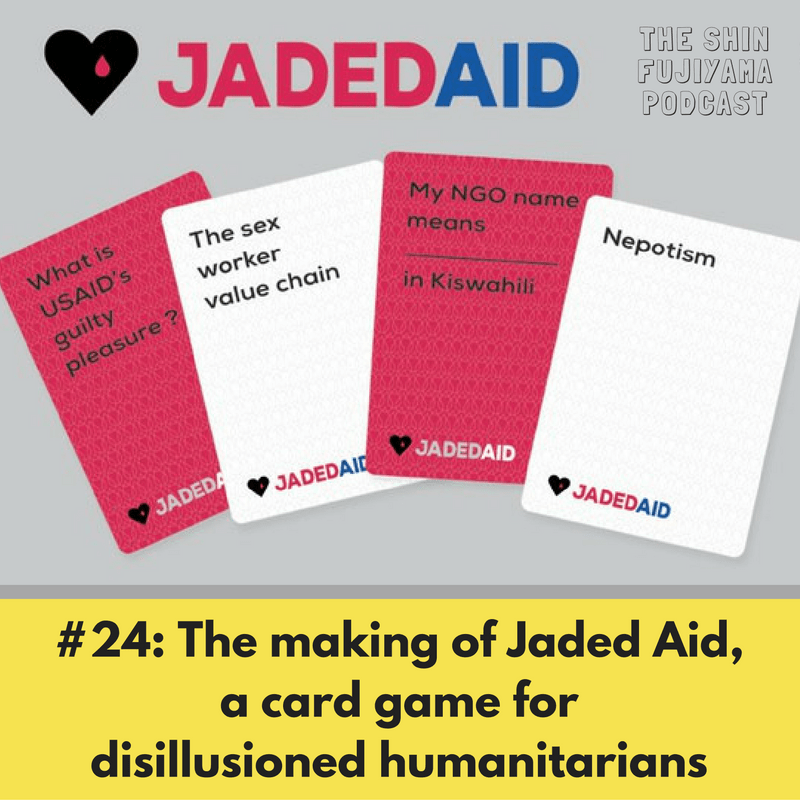 In today’s episode, we have Jessica Heinzelman (“a white woman who doesn’t discriminate against lovers based on race”) and Teddy Ruge (“an educated, angry African–a rare species in the development sector”). They are the founders of Jaded Aid: A card game to save humanitarians (Wayan Vota, the third co-founder, couldn’t make it for the call). As friends, they loved to drink and laugh together. And all three worked in the international development aid sector.

One day at a bar in Washington, DC, the three founders realized that existing power structures and humanitarians’ propensity to take themselves too seriously were inhibiting honest dialogue about the industry that could catalyze transformative change for improved results.

They used Kickstarter to fund the idea. Within 48 hours they surpassed their goal, eventually raising $50,000+ on the platform. They were featured on several news outlets and sales began to climb.

As a humanitarian who has worked in Honduras since 2007, one card in the deck made me laugh out loud: “giving up any hope of a stable relationship.”

Learn how these founders created Jaded Aid to help the development industry… all the while making beer money and having fun.