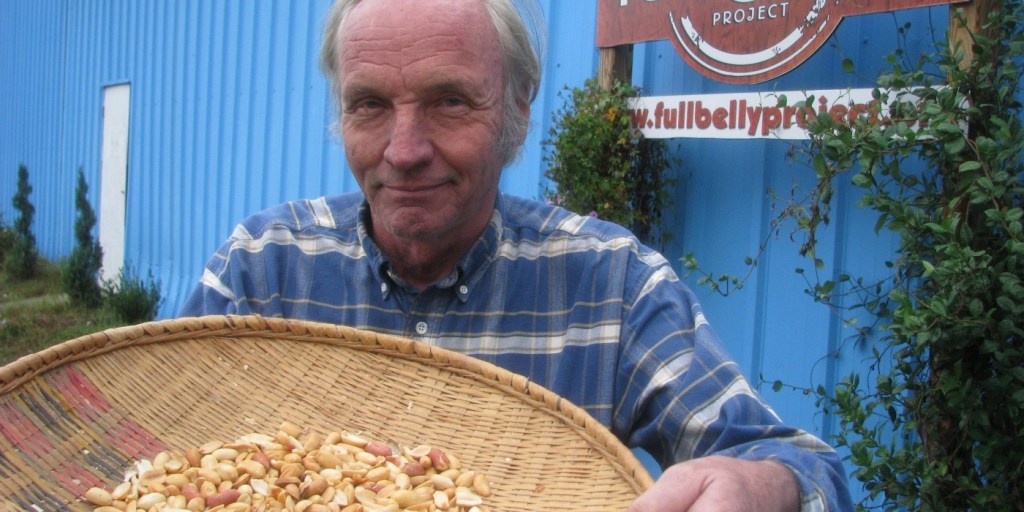 Social entrepreneur and CNN Hero Jock Brandis is the founder of The Full Belly Project. He is the winner of the MIT Ideas Award and the Purpose Prize. He is known as the modern-day Thomas Edison, having invented the “holy grail” of sustainable agriculture and more. His universal peanut sheller and other appropriate technologies have helped tens of thousands of people in many countries across the world. His nonprofit organization works out of a factory in Wilmington, North Carolina.

Jock Brandis is an old guy with a great sense of humor. He made me laugh out loud many times during the episode in between his inspirational stories. He talks in depth about embracing failure in this episode.

This episode is mostly about Jock’s involvement with… peanuts!

“The peanut (or groundnut as it is called in West Africa) is an important subsistence crop to hundreds of millions of people across the world. Not only is it important nutritionally, as it provides a convenient source of protein and 30 essential nutrients, but it is also an important source of income for these communities. Often referred to as a “women’s crop” in Africa, women traditionally grow, harvest and shell them to supplement their families’ diets, but also as a product to bring to market.” – The Full Belly Project website