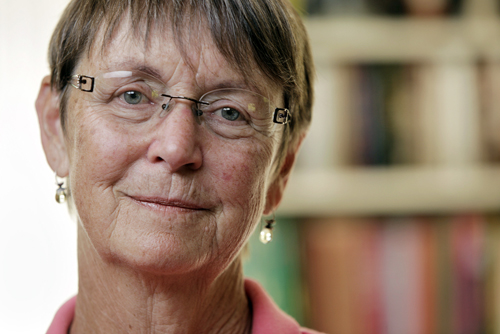 CNN Hero and social entrepreneur Nancy Hughes is a 73 year-old grandmother and the founder of Stove Team International. They have distributed more than 56,000 fuel-efficient cooking stoves in Mexico, El Salvador, Nicaragua, Guatemala, and Honduras.

Nancy Hughes was widowed at age 65. In an effort to fight the loss, she went on a medical mission trip to Guatemala. It was there that she witnessed a woman who’s hands had been burnt shut for sixteen years. At age two, this Guatemalan had fallen into an open cooking fire. Her team opened up her hands through surgery.

Nancy Hughes found out that cooking stoves were a leading cause of death around the world, causing eight times more deaths than malaria. The indoor air pollution caused by the smoke (equivalent to smoking four packs of cigarettes per day) was causing lung disease, asthma, and many health problems, especially for women and children. Inefficient cooking stoves required a high volume of firewood, contributing to deforestation. Nancy wanted to prevent these problems by developing and distributing fuel-efficient cooking stoves.

“Just do it,” Nancy thought to herself. So she contacted her Rotary International club in her hometown in Eugene, Oregon to start StoveTeam International. They started stove-making factories in the backyards of local entrepreneurs in Central America. Together, they have started seven factories in the region.